This paper was not so much as a paper but more a trailer for a book of the same name. Produced by Pedro R. Capelo, the contents were the introductory chapter of the book which explained how black holes were first discovered and measured. It moves on to talk about the types of black hole and the difficulties in observing them. Finally it discusses how supermassive black holes correlate to its host galaxy.

Originally black holes were described by using 3 characteristics; mass, angular momentum and electric charge. It is now believed that any electric charge is immediately cancelled out by the surrounding plasma so this reduces the characteristics to 2, known as the Kerr metric. Capelo mentions the ISCO (Innermost Stable Circular Orbit) which is the closest a particle can orbit the black hole without falling into it. The ISCO of a black hole controls how much matter it can accrete in a given time.

Part of studying supermassive black holes involves looking at how the black hole became supermassive. One of the possible ways is through black hole merging. Below is a plot used by Capelo that shows how various features of a galaxy change as 2 black holes merge: 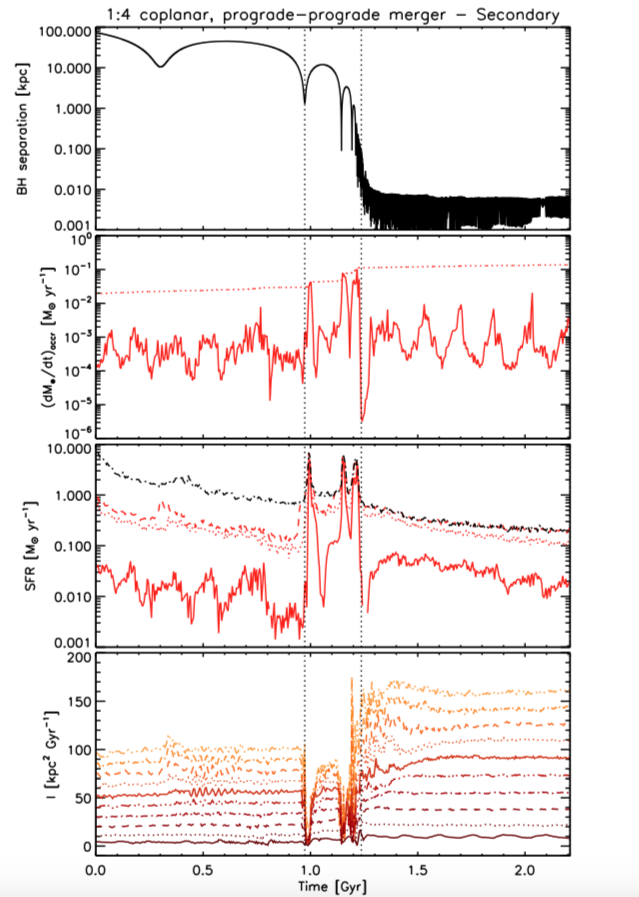